Thrive While You Drive: Why Driving At Van Meter Helps You Get More From Life

“Get a life,” is a phrase usually used to tell someone off, but at Van Meter, we see it as an opportunity to do just that—get a life. For many truck drivers, long, inconsistent hours and long-distance travel make having a normal life outside of work impossible. Van Meter has drivers who know that struggle from previous jobs, but their time at Van Meter has been a different story. To borrow a phrase, this is how Van Meter allows its drivers to get a life.

Dan House, a transfer truck driver from Cottage Grove, summed up Van Meter’s culture best. Shortly after joining Van Meter, House was discussing work with another new employee-owner—“We both said we have never had a job where we get this many good mornings.” 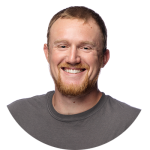 “We have never had a job where we get this many good mornings.”

George Foster, a delivery driver in Cedar Rapids, had the same kind of culture shock. “Culture was not a word in my vocabulary, but unbeknownst to me, that is what I was seeking when I left my last job,” he said. “There is a sense of family, and I feel like I am contributing to something bigger than myself.”

Steve Benhart, a driver in Urbandale, retired from a freight company after 27 years because of micromanagement, filthy working conditions and stress. Now, he says he wishes he would have come to Van Meter 20 years ago. “The people here are unbelievable,” he said. Everyone wants to help and be part of the group.” Working at Van Meter has lowered his stress levels in a very tangible way. He used to struggle with the DOT physical because of high blood pressure. After a month of working for Van Meter, his doctor was considering taking him off blood pressure medicine entirely. “There’s just no stress!”

FREEDOM TO BE YOUR BEST

Does your leader care about you as a person? Can you be your personal best in your role? Foster planned on retiring at his previous job, but when management changed, the atmosphere worsened. He said when he first heard about Van Meter’s culture, he only believed about half of it because it sounded so foreign to him. “Everything they professed to me about culture and management is absolutely true,” he said. “My leader is not afraid to work alongside me and do whatever needs to be done. My delivery leaders genuinely care about the drivers. I have never questioned that or been set up to fail here. That is what makes Van Meter special to me.” 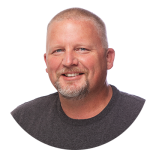 “Everything they professed to me about culture and management is absolutely true. My leader is not afraid to work alongside me and do whatever needs to be done.”

House drives Van Meter’s inventory transfer truck to Iowa and back every day. He appreciates the freedom he is given to perform his job, saying, “They give you flexiblity to take care of the job. You can change up the route as you need and make your own choices. Every day is different, even if the route is the same.”

Benhart said his manager at his previous job would call him in the middle of the night with requests. Now, he said, “I know what time I am coming in to work and when I am going home. If you need time off, you take time off. The team will support each other.” House agreed, saying he appreciates the stability and the year-round work his role provides. 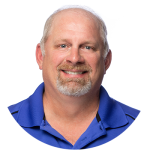 “I know what time I am coming in to work and when I am going home. If you need time off, you take time off. The team will support each other.”

Drivers can end up in dangerous situations due to constantly changing weather conditions and reckless drivers. Benhart said he often had to drive in bad weather at his previous job. “Here, they ask you if you feel safe. They do not want you to get injured or wreck the truck,” he said. Foster laughed and said his leader has apologized to him for things they cannot even control like poor road conditions.

Benhart also noted how working at Van Meter is easier on him physically. At his old job, he was asked to do things that were physically dangerous, if not impossible. Now, he said some days when he gets back from his route, his fellow employee-owners start unloading his truck for him. Even customers have helped him unload.

For drivers at Van Meter, having a life is part of the job. If you are interested seeing what positions are open or applying for an open role, please contact us or check out our careers page to learn more.